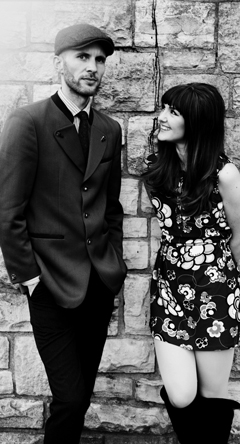 The Retrosettes inject contemporary music with a retro flavour and revive the past within a modern soundscape.

Their music combines modernity and vintage in a cool, elegant mix of sounds from 1960s Pop, Northern Soul and Disco. Their music seamlessly echoes The Beatles era which blends into the present.

The Retrosettes have impressed maharajas and fashion designers, filmmakers and fans alike. Cult film director and Oscar winner Paolo Sorrentino (La Grande Belleza) chose the band for the opening sequence of his film Youth. Shunning Bollywood, an Indian prince handpicked the band as the highlight of his fairy-tale feast.

A simple YouTube clip that was recorded in the historic Liverpool “Parr Street Studios” proved to be ground-breaking. Paolo Sorrentino came across the video by chance online and recognised that the band’s style would fit perfectly with his new movie. The Retrosettes subsequently made their debut in the Swiss town of Flims, where they performed their stunning version of the Candy Staton´s classic “You Got The Love” in the presence of Michael Caine and Harvey Keitel.