It is always a joy to welcome Don Perera back to York House.
Another warm and delightful evening of virtuoso guitar is guaranteed.
His repertoire focuses on enchanting South American music, but embraces many other composers. Don lived in Argentina and Uruguay for two years before returning to complete his Masters Degree at Trinity College of Music...

Trevor Babajack Steger is a well-known performer on the UK blues circuit. Nominated for several awards, he?s an accomplished singer and player of both steel, slide guitar and harmonica.
Don?t miss this show!
'He has an immediacy and charisma that draws you close to the music and I cannot think of any other solo artist that I?ve heard in the last c... 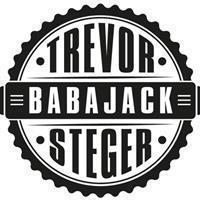 An Audience Without Jake Thackray

The late Jake Thackray is being increasingly acknowledged as one of the greatest English songwriters of the twentieth century, a unique talent, whose songs are full of humour, poetry, wit, irreverence and humanity ? with the odd double or even triple-entendre.

John Watterson is Jake?s biographer and the UK?s leading performer of Jake?s songs. As ...

Brought to you by Le Chapeau Productions and Dangerously Retired Promotions!

Stopping off and making a welcome return to the Song Loft on their "HERE WE GO AGAIN TOUR"
Annie Duggan and Rob Hines are one of the Midlands most vibrant performers and have received National acclaim not only for their own material but also their interpretation of songs from artists who have influenced their own music which is a seamless blend o...

February's Here! An Evening Of Music With Kites