Piling through hit after hit, the band performs set lists containing all the classics - such as ‘Everlong’ and ‘Best of You’ alongside brand new material from the Foo’s new album ‘Concrete and Gold’ including ‘Run’, ‘The Sky is a Neighborhood’ and ‘La Dee Da’.

They absolutely nail the true vibe of a Foo’s live experience, all performed down to the closest detail making it a truly unmissable show for any Foo Fighters fan.

Foo Fighters GB (formerly Foo 5ighters) was born from two and a half years' of incredibly hard work. Foo Fighters GB is a Midlands based Foo Fighters tribute established by Foo fans that decided they would be able to work hard and become the best.

The new name "Foo Fighters GB" came along as a statement of intent, the old name was outgrown and a new name was needed to reflect the broadening of the bands' horizons. New management and a "think big" approach to every aspect of the plan is ensuring the band goes from strength to strength. 2017 has been an incredible year with huge festivals being played and 2018 looks as if it is going to be the best year ever with more top bookings in the UK and abroad.

The aim of this band is simple - to rock hard at every gig, give the crowd the best time possible and keep on paying honest tribute to the best live rock band on planet earth, the Foo Fighters! 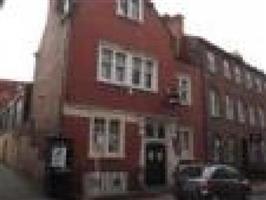 The Brickyard is Carlisle's premier and only full time live music venue, ideally situated in the North West of the UK between Newcastle and Glasgow.

The Award winning Tribute Foo Fighters GB Continue their In Your Honour Tour, celebrating 25 Years of the Foo Fighters