Foxlowe Arts Centre is a community run arts centre for the people of Leek and The Staffordshire Moorlands.

Leek’s arts centre is housed in the historic building, Foxlowe, at the top of Leek’s market place.

Foxlowe Arts Centre opened its doors in December 2011 and has already gained a strong following from the local community and is attracting attention from further afield as well. Funded by individuals’ pledges, donations and trading proceeds and with the majority of the staff volunteering, this is truly a community arts centre for the people of Leek and the Staffordshire Moorlands.

With a popular café, bar, gallery, live performance space for music, drama, comedy, talks and a cinema, the Foxlowe Arts Centre has rapidly established a reputation as the go to place in Leek.

Foxlowe arts centre has limited parking at the back of the building for permit holders and disabled users only. Some workshops will include a parking permit spaces are available. To access the car park follow parking signs on Stockwell Street signed ‘P Short Stay, Council Offices’ and turn left after the first parking bays – this is the entrance to Foxlowe arts centre car park for permit holders, disabled users and others with permission e.g. workshop attendees.

Following the loss of their son, retired sheriff George Blackledge (Kevin Costner) and his wife Margaret (Diane Lane) leave their Montana ranch to rescue their young grandson. When they discover that he is in the clutches of a dangerous family living off grid in the Dakotas, they must fight for the survival of their family. Costner and Lane take on...

Get ready to dive into a rabbit hole of the best jokes in the world - star of Live at the Apollo and sell-out sensation Gary Delaney is back! One of the most sought after joke writers in the country and longstanding Mock the Week special guest, Gary has been through the laughing glass and he?s ready to bring you a brand new show with hit after hit...

The Achievers' band leader Steve Ferbrache had no intention of being in a band, let alone leading one. After busking around the coffee houses of New York, Boston and Philadelphia and a decade or so on the London Blues & Roots scene (where he opened for James Hunter, Seasick Steve and others) he ...

ATTILA THE STOCKBROKER performs from ?Heart on my Sleeve?, his new Collected Works ? 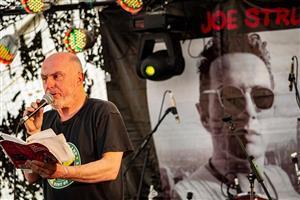 Limehouse Lizzy continue to keep the spirit of Celtic rock icon Philip Lynott and his band Thin Lizzy alive, well and dominating stages worldwide. The band have also added a tribute into their show to ex-Thin Lizzy guitarist (and world renowned solo artist) Gary Moore.
From various T.V. appearances to actually being recruited to record and tour by ... 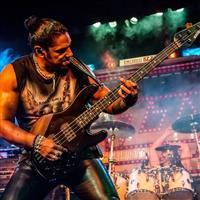 The Independent said of his character;

The greatest creation is Kerry?s dad, Martin Mucklowe (Paul Cooper, real life father to Daisy May and Charlie). He is sheer and unadulterated evil. He is a completely amoral b...

Catch Of The Day

John Bramwell (i Am Kloot)

Jerry Joseph Our Man In The Field

In The Heights (pg)

Forget Me Not - The Alzheimer's Whodunnit

Troy Hawke: Tiles Of The Unexpected

Rudeboy: The Story Of Trojan Records

Once Upon A Time In Hollywood (18)

Lady And The Tramp (u)

Mercury Prize-nominated John Bramwell, I Am Kloot's Songwriter And Frontman

The Wolf, The Duck & The Mouse

Joni Talks With Songs From The Screen And Stage

Snow White And The Seven Dwarfs (u)

Once Upon A Time - The Misadventures Of The Brothers Grimm

Little Victor And His Combo

The Kindergarten Teacher (u)

Snake Oil Remedy's Back To School Party With Reefy Blunt And The Biftas ,and Plexus